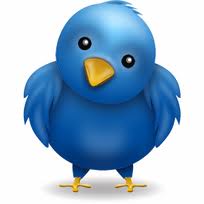 It’s been a year since I started tweeting and I now have nearly 100 followers, which makes me officially a nobody. But there’s good news. I’m starting to understand how Twitter works.

My initial problem with Twitter was how to keep up with it. Following 10 people tweeting several times a day I was already at saturation point. But now I follow more than 100 and I have no problems. How come?

My breakthrough came when I realised that you’re not supposed to read everything that gets tweeted. It took me a whole year to get over that. You see, I’m from the generation that doesn’t like to see waste. I thought that was my parents’ generation, but it turns out that whilst they hate wasting food and materials, people of my generation hate wasting words. If someone took the time to send you a message, you should take the time to read it.

But that’s an outdated concept. These days, talk is cheap. And garbled, mangled gibberish on Twitter is cheaper still. Actually it’s free.

So now, instead of trying to keep up with everything in my Twitter feed, I just randomly (mindlessly) sample it from time to time. If that sounds pointless, it’s because I haven’t yet explained the cool part.

Here it is. This bit is mind blowing. It turns out that as you follow more and more people, Twitter gets better not worse. Follow a hundred people. Follow a thousand. Follow ten thousand. Now you definitely can’t read all the tweets, so forget about that. But as you follow more and more people, something magical happens. The best tweets rise to the top. If a tweet is good, it gets retweeted. If a webpage is good, it’s gets tweeted a lot. Hot topics generate most comment. So, statistically, you’re more likely to find interesting stuff appearing in your feed.

In fact, if you simply followed everyone in the world on Twitter, then you would only ever get to hear about things that really matter. So it turns out that whilst friendship doesn’t scale, Twitter actually does.