Sunday thoughts: Is religion the solution or the problem? 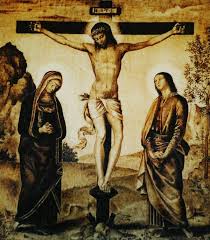 The problem I’m talking about is human suffering. Throughout history, there’s never been any shortage of it. For 2,000 years, Christians have grappled with murder, war, genocide, persecution, domestic and sexual violence, disease, earthquakes and assorted “acts of God”. Jesus himself gave plenty of good advice on how to live, and good Christians everywhere regularly strive to make the world a better place in all kinds of practical ways.

But here’s an uncomfortable truth.

At the same time as this social progress, deadly diseases are being swept away or becoming treatable. Standards of living all around the world are rising. Murder rates in most countries have fallen. Tolerance is spreading. Disabled rights are growing. Human suffering is starting to diminish at an unprecedented rate.

So here’s my question for Christians. Why is this progress such a recent phenomenon? Why did Christians fail to make headway for almost 2,000 years? What was it specifically that happened in the past couple of centuries that made the difference?

It was the Enlightenment. It started with Galileo, suggesting that the Earth isn’t at the centre of the universe, and more broadly, proposing that we really ought to start thinking for ourselves about the world we live in. The Enlightenment led to the ascendency of rational thought, reason, criticism, openness, freedom, science, medicine, wealth creation, democracy, human rights and more.

That’s what changed. It wasn’t Christianity that made the world a better place. The Church opposed the changes. Many Christians still do. Opposition to gay marriage, women bishops, birth control and the theory of evolution are just some of the church’s current moral battlegrounds.

So here’s a thought for all Christians this Sunday. What if, despite your good intentions, selfless deeds and piety, you aren’t the solution? What if religious belief is actually part of the problem?

2 responses to “Sunday thoughts: Is religion the solution or the problem?”