So Ed Milliband, the leader of the UK’s Labour Party, has some brilliant ideas to make ordinary working people better off. He wants companies to pay workers more. He wants energy companies to cut prices to consumers. And he wants them to invest more too.

These are all admirable objectives, although hardly original. They are in fact what everybody wants, although Ed thinks he thought of them first.

The problem is that his policies are designed to achieve the exact opposite in the long run. He wants to pass laws to freeze energy prices, make firms pay higher wages, and insist on greater investment too.

Any first year economics student could tell Ed that if labour costs rise, so must prices. And that if profits are squeezed, investment will plummet. You’d think that someone would have a quick word with Ed and point this out. But the trouble is, as soon as you parade stupid ideas in front of the electorate, there’s a rapid race to the stoopidest. So now we have the laughable spectacle of the Conservative Prime Minister telling the Energy Secretary to phone up the big energy companies and ask them if they wouldn’t mind, perhaps thinking about lowering their prices, please.

There’s an alternative solution that’s harder to understand and less vote-winning. Deregulate the labour market and remove red tape to encourage higher employment and increased pay. Deregulate the energy market to bring in greater competition, more innovation and lower prices. Stop making profit a dirty word, so that the best companies can succeed and invest in their future. Told you it’s not a vote winner.

The situation reminds me of a Futurama episode where the US President proposes a novel solution to global warming – to make lots of ice cubes and drop them into the ocean. Like Ed Milliband, the President obviously never learnt about adding and subtracting. The difference is that one is a fictional satirical character and the other is the leader of the UK’s second most popular political party. 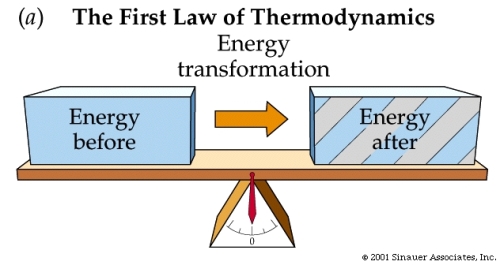 It’s possibly asking too much of our politicians for them to be scientifically and technologically literate, but we can surely hope for economic literacy? On reflection, perhaps economic and scientific literacy are closely correlated. That could explain a lot about modern politics.