Put the gun down, mister 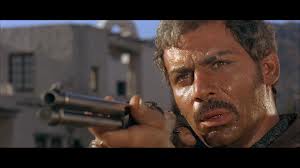 We don’t really have a problem with gun crime in Britain. That’s because people aren’t allowed to own guns. In Britain even the police don’t need to carry guns.

In the United States the situation is very different. Some 10,000 people die each year and a further half a million are victims of non-fatal gun crime.

There’s a libertarian argument that says people should be free to own guns in order to protect themselves. But the evidence is that gun ownership leads to gun crime. It’s kind of obvious. You can call it causation or you can call it correlation, but the facts are pretty overwhelming.

In any case, from a libertarian perspective, allowing people to use guns or threaten to use them is about as anti-libertarian as it gets.

But if it’s wrong to allow private individuals to own guns, is it also wrong to allow countries to own tanks, bombs and warplanes? And for precisely the same reason? The answer, I think, must be yes.

You can argue that religion causes war, or competition for resources, or nationalism, or opposing ideologies. Sometimes, as in the Gulf War or in World War II, war is necessary to defeat evil. But the factor that’s common to all wars is weapons.

To remove weapons from international relations would require treaties and conventions, just as we have with chemical weapons. Recent events in Syria suggest this is feasible if there’s a concerted international effort. So perhaps it’s time for the United Nations to think bigger than just chemical weapons and start demilitarizing the world completely.

It would be a long and difficult process, but if we started thinking about it now, as we approach the centenary of the outbreak of World War I, perhaps it could be done by the end of the 21st century.

One response to “Put the gun down, mister”