The age of the Earth 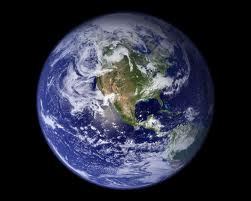 Planet Earth is 4.54 billion years old, but how do we know that?

For a long, long time, nobody really knew how old the Earth was. Then in 1650, Archbishop Ussher carefully calculated the date of creation as Tuesday October 25, 4004BC. Ussher’s work was methodical, precise and reproducible, but because he based it on a literal reading of the Bible he was hopelessly wrong. But it was still a big step forward in dating our home planet.

During the nineteenth century it became apparent to geologists and paleontologists that the Earth must be a lot older than this in order for there to be time for the many extinct species of creature they discovered to have lived. But nobody knew how long.

In the late nineteenth century the great scientist Lord Kelvin calculated that the age of the Sun and the planets was at most 24 million years. But that was because Kelvin assumed the Sun to be a great ball of burning gas, and had no idea about thermonuclear fusion, the process that actually causes the sun to generate heat and light.

Then, in the early twentieth century, the New Zealander Ernest Rutherford discovered the principle of radioactive half-life and realized that it could be used to measure the age of, well, anything. Because radioactive materials decline in radioactivity at constant rates that can be measured with great accuracy, measuring the radioactivity of a rock sample (using a Geiger counter) determines its age. When rock samples were measured in this way, they were found to be hundreds of millions of years old. In fact, the oldest samples were billions of years old.

None of this came as a big surprise to the geologists, who had long guessed that the geological processes that created mountains would take this long. Nor did it surprise biologists who had tracked the rise and extinction of countless animal species preserved as fossils in layers of rock.

Modern day measurements indicate that the Earth was created at the same time as the other planets in the solar system and that the Sun itself is hardly any older. All were formed from remnants of earlier star systems, making us and the world around us children of the stars.

This entry was posted in Science and tagged Science. Bookmark the permalink.

15 responses to “The age of the Earth”