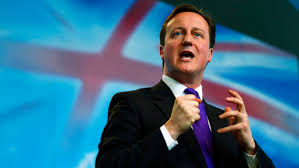 Despite many commentators’ predictions of a hung parliament, the outcome of the UK’s general election was a clear majority for David Cameron’s Conservative Party. It seems that on the whole, the people of England and Wales rejected the parties of the left, and embraced the party that promised to help “hard-working families.”

In Scotland, the picture was very different. The Scottish National Party won a landslide victory of 56 out of a total of 59 seats, a curious result considering that just 8 months ago, the Scottish people voted against Scottish independence. I have no idea what message that is supposed to send to the rest of the country, except that I suspect many Scottish people hoped the Nationalists would form a coalition with Labour, and that they would get a government with policies heavily favouring Scottish interests. That didn’t happen. Instead the SNP will be a small voice of protest among the opposition. 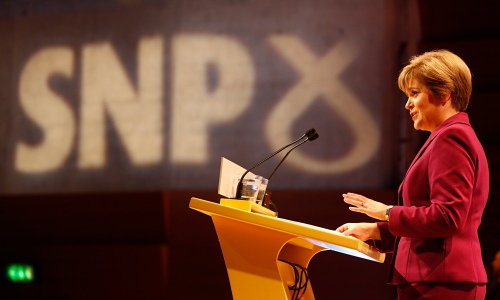 The Liberals and Greens won very few seats, and The UK Independence Party was crushed, with its charismatic (but slightly bonkers) leader Nigel Farage resigning, leaving the party in disarray.

The Labour Party lost a lot of seats, and also its leader. In fact, this is a long-term theme of British politics – the only Labour Leader who led the party to victory in the past 40 years was Tony Blair, and few in the current Labour Party seem to be interested in his pleas for the Party to embrace the centre ground of British politics.

On the whole, it seems that most British voters (excluding Scotland) rejected the divisive politics of the left. They seemed to realize that a government that doesn’t support wealth creation isn’t going to do anybody any good (perhaps especially the most disadvantaged in society.) Perhaps they don’t really identify with a 19th century mindset that portrays everyone as being either an oppressed worker or a toff. Or maybe they just couldn’t vote for the party that crashed the economy so spectacularly last time it was in government.

It’s possible that even traditional Labour voters grew tired of the party’s endless whining that the Tories’ economic policies were failing Britain. Perhaps a sizeable proportion of the two million people lifted out of unemployment in the past five years were once Labour voters.

British voters are generally a moderate lot, tending to prefer the middle ground. We don’t like people advocating the politics of hate or division. Unlike many European countries (not mentioning any in particular), communists and fascists have never made any inroads into British politics. We seem to be pragmatic, not idealistic.

Concepts like freedom of speech and protest aren’t really very prominent in British political thinking either. Instead of a right to free speech, British people seem to prefer a notion of fairplay, where everyone is given a chance to say freely what’s on their mind, but not if they start to rant or sound like an idiot. Similarly, we don’t really go in for French-style protests, instead preferring people to keep their problems to themselves and not go shouting about them in public.

There is a problem of apathy in the UK, with a significant minority who choose not to vote and seem to have no interest in politics. But perhaps even this isn’t the huge issue that the chattering classes think. Perhaps these people instinctively understand that politicians can’t solve their daily problems for them, and that most of the issues that we have to face in life are really up to us to deal with, not some distant government.

There are a few people like Russell Brand making a lot of noise about out-of-touch global elites, but even he can just jump into his private jet and escape for a while if it all gets too much.

I’m not a member of the Conservative Party, and there are many policies in their manifesto that I don’t support. Yet like the majority of people in England and Wales, I voted Conservative. I don’t think David Cameron is a truly great Prime Minister (although I’m willing to be proved wrong), but I think that he’s a very popular and competent one, whose heart is firmly in the right place. I think he understands the British people a lot better than the leaders of the other parties, and perhaps many in the media too. He knows that the British people will vote for a leader with a proven track record of job creation and economic growth, and a strong commitment to decency and fairplay (that f-word again.)

And that’s why Britain will have a Conservative government for the next five years.

Personally, I hope that this will result in a period of strong economic growth, with millions more lifted out of unemployment, and with the majority of people left to get on with their lives without too much government interference. I’m hoping also for a more inclusive style of politics, with broad acceptance that wealth creation is the engine of the economy, creating prosperity for all of us, either directly through employment, or via the safety net of the welfare state, and without it we all lose. I’d like to see us moving on from some of the old battlegrounds, and tackling issues that really matter. And I’d like to see a government that will empower the people of Britain.

Who knows, it might even bring in a new golden age. That’s what I’m hoping for.