A few months ago I published a post showing how I had ruthlessly pruned a dogwood shrub in my garden. Some sensitive readers were concerned that I had been too brutal, and had in fact murdered the dogwood. Here, I want to present some photographic evidence that the dogwood came to no harm and in fact has given birth to new life in a spectacular way.

Here’s the original bush, before I pruned it:

This was after I had put my secateurs into action: 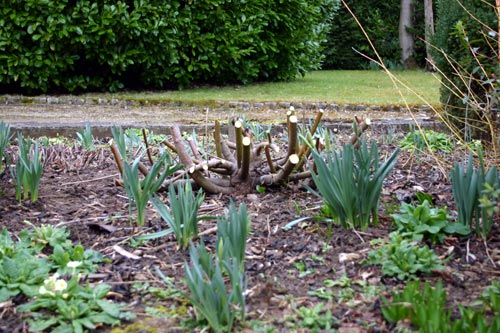 And as a bonus, back in March, I planted ten of the cuttings I took from the bush in a quiet corner of the garden. Nine of those have taken root and are growing into new dogwood bushes: 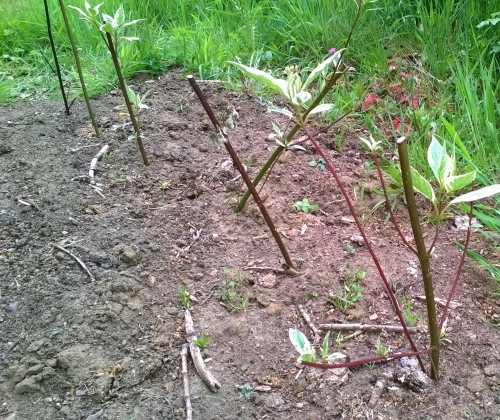 So it’s a happy ending after all. In the autumn I’ll be able to plant on the new shrubs, and in the years to come there will be ten dogwoods in our garden and ten times as much pruning to be done each spring!

This entry was posted in Life and tagged Gardening, Happiness, Work. Bookmark the permalink.

17 responses to “Dogwood up”