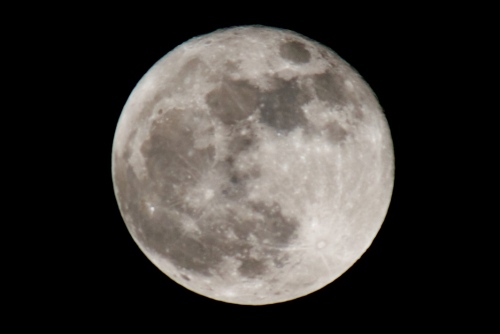 The first day of 2018 will be marked by a full moon, but not just any full moon. It’s a supermoon, meaning that the moon will be at its closest to the Earth, and will appear larger and brighter than normal. It’s also a wolf moon, the name given to the first moon in January.

Coincidentally, the day of the supermoon also marks the publication of my new werewolf novel, Wolf Blood (available from Amazon).

Wolf Blood is the first in the Lycanthropic series, and heralds a change in my career to full-time writer. I’ll be 50 in January, and that feels like a great time to be embarking on a new challenge, so I’ve decided to jump in with both feet. It’s rather scary, and so is the book! Don’t buy it unless you enjoy a bit of old-fashioned werewolf horror on these dark winter nights. You’ll find no sparkly vampires or paranormal romance here, but I hope you’ll find an action-packed adventure with some great characters and plenty of twists and turns.

“Talking of characters there’s some incredible and interesting ones here and I’m struggling to let them go.” – Deborah, Goodreads reviewer

“Wolf Blood is a novel full of surprise and suspense. There is never a moment of boredom and the author handles his protagonists and their stories with ease.” – The Butterfly Reads

I’m taking a gamble in more ways than one. I’m stepping off a cliff financially, but don’t worry, I have enough savings that I won’t starve, at least not for a while. I’m sure to outlive at least some of the characters in my book.

And I’m taking another gamble by breaking a cardinal rule of commercial fiction – stepping outside genre expectations. This is a new kind of werewolf story – a werewolf apocalypse. It’s like the zombie apocalypse, but … well, I’m sure you can spot the difference. The post-apocalyptic genre is huge, but surprisingly no one has ever done it with werewolves … until now. I’m hoping to create a new subgenre … or die trying!

“For so long zombies have been dominating the apocalypse end of the world, that I loved this fresh take on it.” – Ebook Addicts

“This is the epitome of a Post Apocalyptic novel. The story had a lot of heart and a lot of action. Plenty of twists and turns, drama, and much more along the way.” – On a Reading Bender

January will give me a better view of whether my gambles are going to pay off. In the meantime I’m putting the finishing touches to book two, Wolf Moon, and planning ahead to book three.