By the waterside by Randi Hausken Creative Commons licence (CC By 2.0)

Wolfsbane, also known as Monkshood because of the shape of its flowers, is the common name for the perennial shrub Aconitum. A native of Europe and North America, it’s a herbaceous plant with a tall stem, often with blue flowers.

I planted a batch of Aconite seeds as part of my research into werewolves.

In legends and lore, wolfsbane is often associated with the werewolf. Sometimes it’s used to ward off the creatures. In Harry Potter, it’s used to cure lycanthropy. Alternatively, in some legends, drinking wolfsbane potion will turn you into a werewolf.

I’m planning to use the herb in my Wolf Blood novels.

All parts of the plant are deadly poisonous, which makes it perfect for our forest garden, which is visited by deer. It’s not that I want to poison the deer, you understand. Deer are too smart to eat poisonous plants. Because of that the wolfsbane has a chance to grow and thrive in our garden, instead of being eaten like so many other plants we have tried.

I kept the seeds in the fridge over the winter, as instructed, then planted them in a seed tray in April. 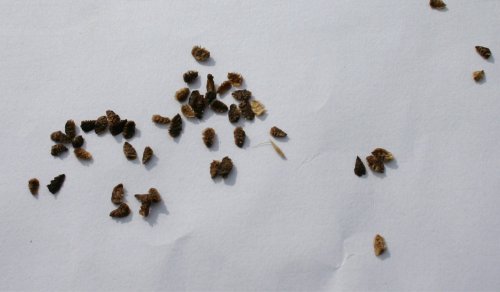 Here are the seeds. They’re really very small. You have to be careful not to touch them. Remember, they’re deadly poisonous. 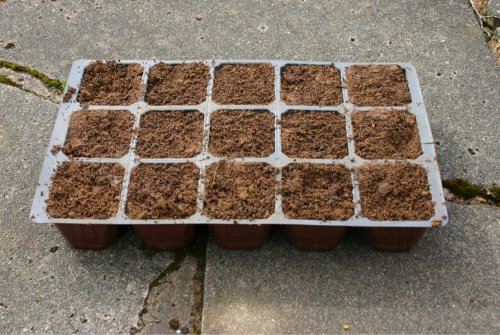 Here’s a seed tray I prepared using compost from our garden.

And here are the seed trays planted and watered. I kept them in my office until they germinated, so I could keep the compost moist and watch them grow. 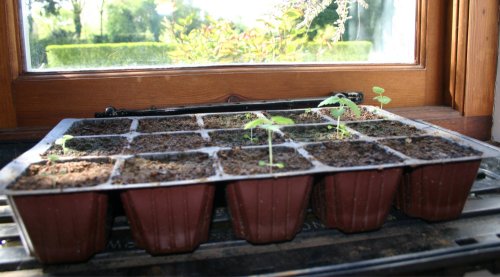 These are the first shoots, just emerging from the soil.

Or is it? Hmm, something looks very wrong here. 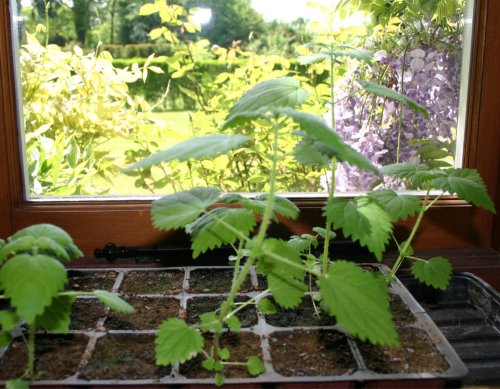 And in fact, all I’ve succeeded in doing is raising a bed of stinging nettles. As if we didn’t already have enough in our garden.

And with that, I declare the wolfsbane experiment to have failed.

15 responses to “The wolfsbane experiment”